The change has happened albeit …….. 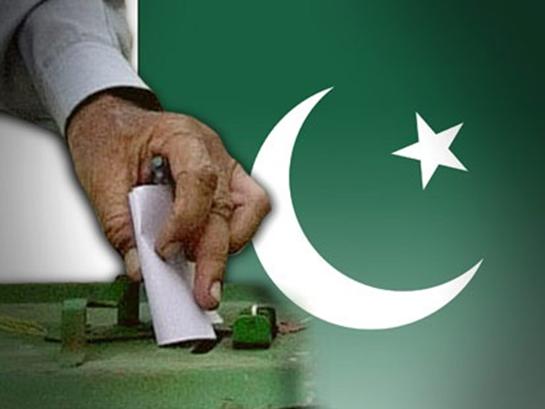 I do not want to explore whom you are going to vote neither I am going to wear my vote on my sleeve. This is because we go into hiding to cast our vote in the polling station. Anyhow, our gestures arguments, feelings and emotions show our inclinations. That far it seems rational, however, over the last couple of years a strange new breed has evolved. Especially in cosmopolitan cities, if you are a voter or a supporter of a certain political block, a popular comment pops up “Excuse me I didn’t expect you to be having such a thinking – I thought you were quite literate and sane”. Anyway, you know which party supporters got these kinds of comments. But having a right to have a different thinking, feeling and support does not merit having an equally strong argument, data and historical background to prove why to have that different thinking, feeling and support. However, this has become a norm in the society that if you are different you have to prove us “why” and since we are in majority (at least that is what seen on TV and facebook) we have the right to govern your thinking as well. That is what the impulse marketing does, you buy thing you do not need but you buy these just because they look good on the shelf.

Many feel that Change will come and for that a certain party has created that necessary spur. When we talk to change we think that it is only possible in future and today has nothing to do with it. However, change is not only a future phenomenon, it is an ongoing process. The party arguing for change has indeed “changed” the landscape of the political scene in Pakistan. All the respect for its leader Imran Khan for doing a tremendous job in the 10 days of election campaigning.

Over the last at least a decade we have seen the change happening.

A weak government completed its 5 years tenure in office and then paved the way for an election albeit under threat from militants is one big testimony of the change.

All can equally (not so equal for three parties) participate in the election process and move out and show their support is a change.

There are militants amongst our ranks and they want to sabotage the process but still people move out, gather in huge rallies and support their leader is a change.

There are at least 40% of the new voters in the system and they are to be a major part of the new system is a change.

Constitution/system is now stronger than people is a change.

The new government sees a chance to have full 5 years in office is a change.

Being a part of the solution is misconstrued out of emotions of facebookholics that is willing to compromise the basic structure of the country’s constitution and legitimacy without understanding the depth of this compromise is a change.

We daily find on TV a contradiction amongst our leaders yesterday and today and still we love them and want to vote for them is a change.

And in the end we know that Allah says “do you think those with knowledge and those without it are equal”. We see this disparity wide and open within our society and still we move out to select the government on the basis of one man one vote – this is a change albeit a misconstrued one.

He is currently Managing Partner for Abundance Business and Consulting and previously held full time positions at Trans World Associates as Head of Human Resource & Training, Faisalabad Serena Hotel & Islamabad Serena Hotel as Manager Human Resource & Training and Crescent Bahuman Ltd. as Team Lead HR & Training He is authorized trainer, consultant and Coach for National Business Development Program of Government of Pakistan for SMEs (Small and Medium Enterprises) and a nominated trainer and visiting faculty member for Pakistan Industrial Technical Assistance Center (PITAC).   He is Chartered Member of Chartered Institute of Personnel and Development (CIPD) UK. and author of three books “Choose or be chosen”, “Chahat (The Want)”, “Becoming an Entrepreneur”. Umer is married to Dr. Atika and the couple has three daughters. He can be reached at umerrazabhutta@gmail.com and his twitter handle is @BhuttaUmer View more posts

One thought on “The change has happened albeit ……..”